HindSite has done it again with an amazing project!!  HindSite’s Head Creative Designer, Shayan Kheradmand talks about his experience in working on The Sequoia Company website.

Chad Buchen is a graduate of the University of Maryland, Landscape Architecture Department. He had problems with his previous website and needed Hindsite’s help! He found out about HIndsite through John Funderburk.

John Funderburk, who will also be having a website with Hindsite soon, says that he had his reasons for referring Chad.

“I referred Chad to Hindsite primarily because Katherine is a great representative and the previous web pages looked fantastic on the portfolio,” said John Funderburk.

END_OF_DOCUMENT_TOKEN_TO_BE_REPLACED

I remember sitting in the lab at Penn State and logging onto my email. I had received an email from Katherine and my heart stopped. She told me that she was interested in me, liked my resume and wanted to do a Skype interview with me. My heart was racing! I had never done a Skype interview before and I was really nervous. I was still getting over the fact that she was even considering me for the Easy WebContent Marketing Internship.

END_OF_DOCUMENT_TOKEN_TO_BE_REPLACED

HindSite Interactive handles numerous web projects throughout the year. Every new project is exciting and rewarding; especially when it’s for a good cause. The Hindsite team recently worked on a website for an organization that is all about good causes. The organization is called Concept for Women & Children with HIV/AIDS. This project had to be completed within a certain time; 2 days! With the time constraint and to accommodate this projects limited budget, the HindSite team utilized the Easy WebContent Site Builder.

Concept for Women & Children with HIV/AIDS is a non profit that was founded in 2007 by Lovelyn Bialose. This organization does so much to help others. They work particularly in rural areas in African countries. Some of the countries that they have worked in are South Africa, Republic of Benin, Nigeria, Chad, and Ivory Coast. This organization does a plethora of things such as:

END_OF_DOCUMENT_TOKEN_TO_BE_REPLACED

Imagine spending five long, hard and tedious days on a website and then do the exact same website again, but this time only take only 15 minutes. Well while you were imagining Jakub Flaska was actually doing it. 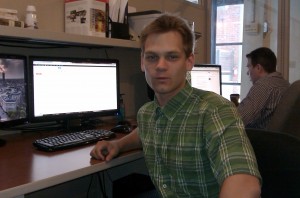 “I am a programmer. On average if I hand code a site it takes few days to design a website”, said Flaska.”Using Easy WebContent I was able to do a simple webpage in just few minutes”, said Flaska. END_OF_DOCUMENT_TOKEN_TO_BE_REPLACED

After you have created a professional website you need to advertise it so that people actually know that it exists. What is the point of having a website that no one knows about.

Technology today has made it incredibly easy for a person to send information and have it travel quickly. Therefore, technology can be your bestfriend when you need to advertise something.  Social networks such as face book, twitter etc allow you to tell your friends and others about your work. You can even have daily updates about your website to constantly  remind them of it. With Easy WebContent you can use the social integration tool that allows you and others on your cite to access your face book and twitter page with one click on the logo.

END_OF_DOCUMENT_TOKEN_TO_BE_REPLACED

Easy Web Content is perfect for small businesses and startups. With EWC’s easy instructional tools, it makes it easy to decrease stress and create opportunity in having an online presence.

Easy WebContent allows you to create a new page that is suitable for you and your business needs. Perhaps you have previously created a page, but you need to spice it up or add more details. The HTML Editor will be able to assist you with its three categorized tabs labelled Edit Content, Insert Tools and Add-on & Widget. Either one you choose will allow you to be fully in charge of the design of your page.

The EWC Site Builder has a variety of customizable themes and features to make your business page as unique and creative as you want it with its fully customizable designs. It allows you to choose your background color, themes, and customize your preferred font and much more, while giving you a variety of things to choose from, it provides you with the ability to upload pictures from the free library given to you or you can use your personal pictures to convey your business.

END_OF_DOCUMENT_TOKEN_TO_BE_REPLACED

How To Network and Take Opportunities

As students, we receive lots of help from our professors through out our college experience.  But what about after college? Professors are not just resources to us while we are in school, but they are also valuable resources to us when we get out. They can provide us with contacts so that we can network, refer us for internships and jobs and also provide us with reference letters. As adults we need to take the intuitive to make them useful to us. It is not the professors job to ask us if we need anything, we need to come to them.

END_OF_DOCUMENT_TOKEN_TO_BE_REPLACED

Students to Professionals: Save and Link Up!

As students your professor told you to always save your work. I’m sure everyone has had that experience where they did a lot of work, perhaps a ten page paper and all of a sudden your computer crashed and your work was gone because you did not save. Well this is not just a helpful tip for school, but also useful after school. Throughout your college years you have accomplished a lot and most of it was career related.  I’m sure there were projects and long tedious assignments that you had to do and did well in. Wouldn’t you want to be able to use these as work samples and items on your resume? Well if you don’t save them then how are you going to be able to convey your skills. You spend hours and time doing various assignment , so why not take two seconds to save it?

END_OF_DOCUMENT_TOKEN_TO_BE_REPLACED

The Benefits of College Graduates Having a Professional Website

After spending tons of dollars for college, countless hours trying to find internships and finding the time to make your resume perfect for the job market, wouldn’t it be nice to be able to actually land a job after college.

END_OF_DOCUMENT_TOKEN_TO_BE_REPLACED

The Easiest Site Builder and HTML Editor System on the Web

The Easy WebContent Site builder is simple and easy. The instructions are clear and offer a plethora of instructional details in order to provide the best web experience. The tour explains through step-by-step instructions including pictures of what each step looks like. The web provides several options under the Design It Your Way Tab, allowing participants to create their own unique page.  There are many add-ons to choose from; the calendar feature it is a wonderful tool for keeping track of upcoming and long-term events.

For people who already have websites, Easy WebContent allows them to enhance and extend their website with different design options. It is great that with this site, no software installation is needed because the HTML Editor works with existing websites. This makes it easy to get started without any delay. Many people are not familiar with computer software, but the HTML Editor on this site builder does it all for you. This is appealing and attracts people with all levels of computer background.